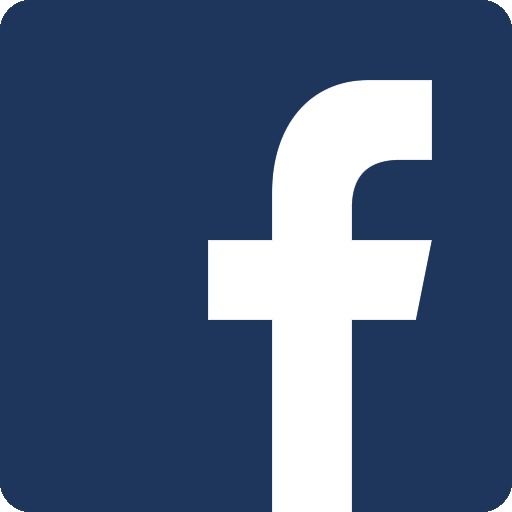 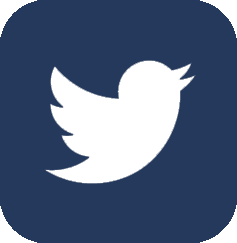 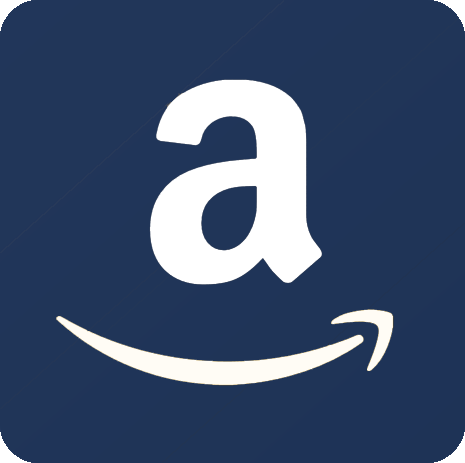 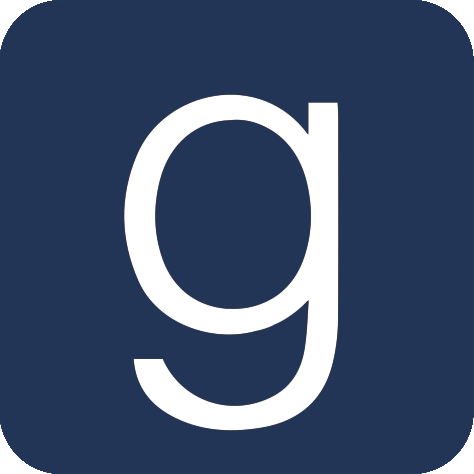 It’s officially release day for The Guardian, my latest romantic suspense, and for me that means giving thanks to all the wonderful folks who contributed to this project.

My special thanks to Nancy Cassidy who worked through several versions of this manuscript with saintly patience and devilish determination. Without her, this book would not have seen the light of day. Huge thanks to Malley Simon, Grant Nel and all the wonderful people of Tanzania, who extended me such warm hospitality. A Special thanks to my hubby, who is a great sport as I drag him all over the world, and to my family, who put up with my writer’s quirks with such love and patience.

Much gratitude goes to my alpha readers who gave me such great feedback as I polished The Guardian. A shout out to my online promoter Aileen Aroma and to Chris Bowyer, who spend quite a lot of time wrestling with my pictures of Africa. Thanks also to Barclay publicity and all the many bloggers and reviewers who are helping to promote this launch.

And as always, from the bottom of my heart, thanks to you, the reader, for supporting my work with your read and your reviews, and for coming along in my adventures. You know who you are! I thrive on the great friendships you’ve offered along the way. Your love and support mean the world to me. Amazon released The Guardian well ahead of its official launch date, which was October 1st. All the hoopla is for then, but I wanted you all to know that you can get the novel from Amazon right now by going here.

Learn more about The Guardian here.

As you know, I like to share the first pre-launch review of a new novel with my readers. The Guardian, coming October 1st just got its first review posted on Goodreads! And it’s a great one! I want to thank this AMAZING reviewer for this AWESOME five star review.

Let me start my admitting to absolutely loving Anna del Mar’s Wounded Warrior series, and this third book in the series is no exception. From the first page to the last, this novel grabbed me and didn’t let go for a minute. It’s a 5-star read.

One of the things I love about this series is the settings. We went to Alaska in the last book and what an about-face to find ourselves just about to land in Tanzania, at a private wildlife game reserve, Pacha Ziwa, in the Seregeti, where the heroine, world renowned NatGeo photographer and documentary film-maker, Jade Romo, along with three other female visitors to the reserve, are about to set down in their small plane. In addition to her current job, Jade is also a former marine, and she’s one of the toughest, pushiest, most independent, tough-as-nails, and kickass heroines you’re likely to find, and I absolutely loved that about her.

Jade is soon to meet her match in the person of Game Warden, head honcho, and sexy as all get-out, Matthias Hawking, a take-no-prisoners, wounded ex-SEAL, who really doesn’t want Jade, or any of her companions on the reserve–especially Jade. To say that these two alpha characters strike sparks off each other is like comparing a single matchstick to a forest fire, but both of them keep their interest in each other well hidden.

Matthias is not just a game warden–he’s committed to conservation efforts and to rounding up the wily and evil poachers who have been decimating the local wildlife, especially the herd of elephants, whose ivory they’re after. There’s far more to this story than just a band of poachers, so settle in and get set for a tale of lies and half-truths, violence, lust, near rape, human trafficking, abduction, genital mutilation, murder, blackmail, terrorists, world politics and international intrigue. Some of the aforementioned may be triggers for some readers, so be advised.

Both Matthias and Jade have secrets they’re keeping, and rather than risk giving away those secrets, I’ll just say that this novel is as exciting as it gets, a true page-turner, loaded with twists, turns and danger around every corner. It’s also one very hot read, and not for the young or faint of heart. It deals with many of the issues in present-day Africa and it does so in a way that makes them very personal. Kudos to Ms. del Mar, who, in addition to writing one un-put-down-able novel, not only exposes so many of these issues, but does so in a way that truly touches the heart. Do not miss this one!

I voluntarily read an advanced reader copy of this novel. The opinions expressed are my own. Beyond the Rules is out today, available from Amazon, B&N and Kobo, right now.

The release of a new novel is always a joyous occasion for an author, summit day after a long, arduous trek. For me, release day is yet another opportunity to thank the many people who contributed with their hard work and talents to the making of Beyond the Rules.

My sincere thanks to Donna Alward, who polished the final versions of this manuscript to a shine. Donna is also the author of over forty sweet and bright contemporary romances. Her work on Beyond the Rules is greatly appreciated.

Thank you also to my hubby, family, and friends, who put up daily with my writing addiction. You guys rock!

Thank you especially to the wonderful folks who help promote my work, including Aileen Aroma and her street team, my peers and fellow writers who walk the road with me, and the hundreds of bloggers who help get the word out every day. Special gratitude to all the dedicated reviewers who take the time to post awesome reviews of my novels. You guys have a special place in my heart.

And as always, thank you, the reader, for supporting my career, for spending your precious time reading my stories, and for allowing me the extraordinary privilege of writing for you. I’m so pleased to share this amazing pre-release review of Beyond the Rules:

Nina Leon is a hacker, and she’s beyond good at what she does–so good, in fact, that she hacked an elusive international terrorist, someone the government has been trying to do for years, and, as the novel opens, she’s on the run for her life, flying a small Cessna to Montana so that she can try to deliver her findings to the hacker’s hacker, known only as Ulysses. She was almost caught and killed when she first picked up her rented plane, which took a couple of bullets, causing her to crash land in a small mountain meadow, approximately 15 miles short of her goal. She manages to drag herself outside before her plane blows up–rescuing herself, her phone and her laptop, all essentials, as you’ll son learn.

When she’s greeted by a tall, gorgeous hunk on an ATV, she thinks they’ve already found her, but no, he’s most definitely not the enemy, he’s Tanner Vazquez, and he’s soon joined by two more alpha males, Tanner’s friends, Aidan Black and Balthazar “Zar” Flint . She soon discovers that Tanner is no enemy, he’s her rescuer, and he, Zar and Aidan are a trio of ex-SEALs, who formed a pact while in battle overseas–they’ve agreed to share everything, their lives, their home, their talents, their skills, and now that she’s impressed them by flying a plane without ever having taken a lesson (she learned to fly via a computer flight simulator), and put herself in harm’s way by trying to protect Tanner from his rapidly approaching friends, who she believes are the enemy, sharing “everything” will soon come to include her.

This is not a novel for the faint of heart, nor are all of these ex-SEALs going to be easy to understand or deal with, but as Nina heals from the wounds she incurred when she crashed, she gets to know and admire Tanner and Aidan–Zar is the more elusive and dominant of the trio. The men are certainly attracted to her looks, her intelligence, her hacking skills, her bravery, and once they learn that she’s also sexual adventurous, they set out to make her theirs in every way.

Written in alternating points of view, we slowly get to know and understand these men and the situation that brought them all together. We learn Nina’s backstory too, and she’s most definitely a worthy foil and a challenge to these three alpha SEALs, but her hacking skills set her apart from any other woman these men have ever known.

While Beyond the Rules is as hot and incendiary an erotic novel as I’ve ever encountered, it’s also a well-written, emotional, deeply moving, alternative lifestyle love story and an exciting action thriller as well, so prepare yourselves for a sexually explicit read, containing secrets and lies and both graphic sex and violence, that also addresses issues like self-sacrifice, loss, wounded warriors with PTSD and even suicide. It’s a novel I found utterly impossible to put down, and although, as I stated earlier, it’s not for the fain of heart, it’s one heck of an exciting and gripping read, and I highly recommend it.”

I want to thank this kind reviewer for her time, read, and review. I write for readers like her. “I really enjoy this series… I really enjoy Anna del Mar’s work. She is the rare erotica author that not only has really hot, steamy sex scenes but she has a compelling, believable story with fully realized characters. Loved all the characters and their diversity as well as their compatibility. I just couldn’t put the story down.”

I want to thank librarian and NetGalley reviewer Pam Steinken for giving Beyond the Rules its first official review. It’s a huge relief for me as an author to lead this launch with such an amazing review. More wonderful NetGalley reviews are going up on the website in the next few days.

It sounds totally cliché, but reviews are the best ways of spreading the word about a new novel and to support the authors we love to read. So thanks to all of you who post reviews of my novels. I really appreciate your time, read, and review.